Word of Mouth TV is an exciting new YouTube series and television pilot celebrating food, books and friendships between women. Hosted by bestselling Australian authors Kate Forsyth and Sarah Mills and filmed by top-rating SBS producer Claire Absolum, it aims to bring the love of books, writers and food together in a regular YouTube feature that crosses Nigella Lawson with Oprah’s Book Club.

Cooking shows are the most watched television shows in the world. The existing market (chefs and cooking competitions) is an extremely crowded and mature market. But we believe Word of Mouth TV is globally the first show in a series of new subcategories that will hit the market over the next two years that combine the Arts and food – a natural pairing. Word of Mouth TV is also the first series in the subcategory of books and food.

Kate and Sarah interview the world’s top authors about their novels while cooking recipes inspired by their books. The authors and hosts then recommend the best book they have read lately. Two copies of their book (signed by the authors and the hosts) will be given away, as well as a pack of books supplied by publishers.

The show has already received strong support from the publishing industry and has received many books, Maggie Beer’s latest offering Recipes for Life, to give to readers. In some instances, we will be interviewing famous chefs when they release their latest book.

Our first shoot was with Graeme Simsion, the bestselling author of The Rosie Project (which has sold more than 3.5 million copies worldwide), and his wife Anne Buist, the author of three psychological crime thrillers. Dubbed Australia’s ‘hottest literary couple’ this husband and wife writing team have co-written their latest novel titled Two Steps Forward.

In between the main shoots, Word of Mouth TV will be posting “snippet” interviews from international authors touring Australian and appearing at Australia’s premier writers’ festivals.

The first YouTube season will comprise fortnightly 15-minute episodes. A longer version is being produced as a television pilot. 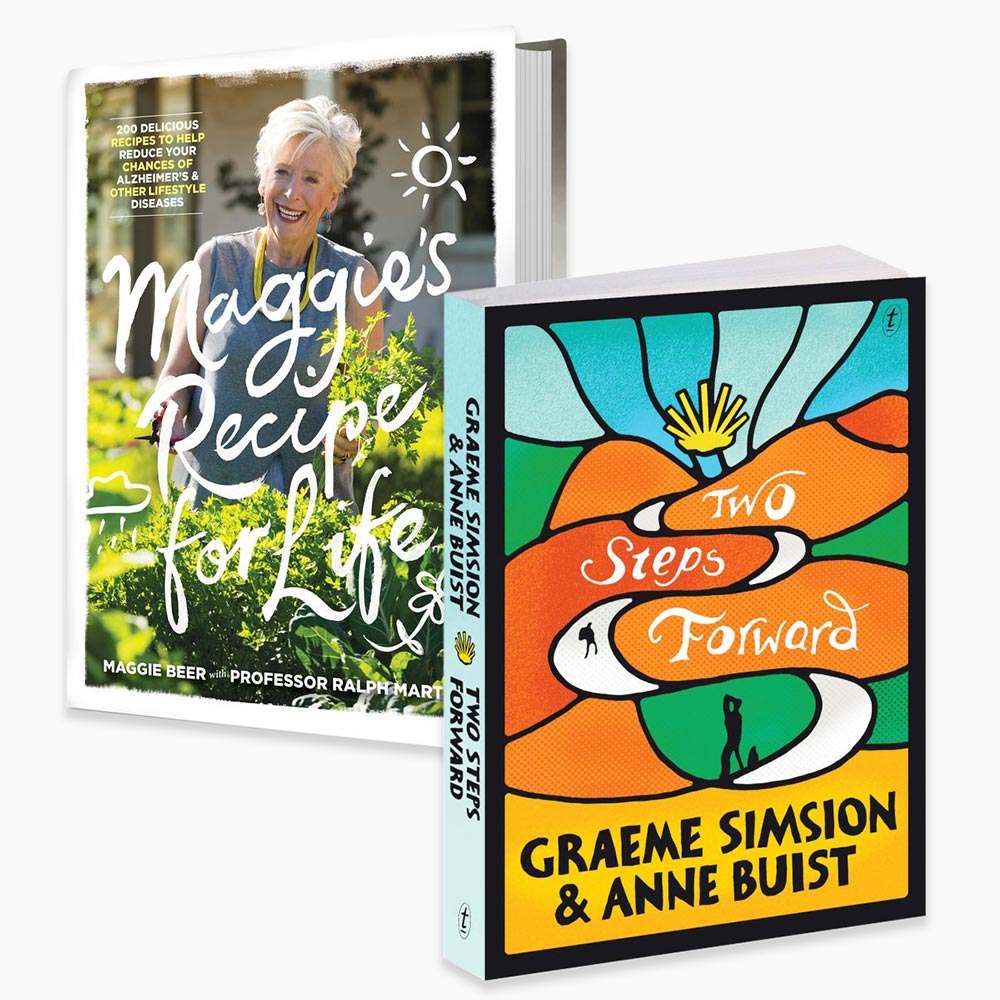 Women buy the most books

Women buy the most groceries

Women buy the most wine

Women watch the most cooking shows

Women buy the most cookbooks

YouTube is now the second most visited website in the world. More than 500 million videos are watched every day, with almost 40% of all viewers women aged between 18 and 50. This audience correlates with the key market for buyers of books (60% of all books are bought by women aged 18-50). Videos about food are hugely popular, as are videos about books. Booktubers such as Little Book Owl have up to 132,000 subscribers, while BuzzSumo’s analysis of 100 million videos on Facebook has shown that videos about food had more than double the viewership of any other topic. YouTube’s reach is global.

Word of Mouth TV will also be supported by the authors’ publishers and the authors, most of whom who have substantial followings, a rare few numbering in the millions.

We are seeking expression of interest from advertisers.

Word of Mouth is the first series to combine food, books and wine. Your hosts, Kate and Sarah will be interviewing and cooking with top authors from Australia and around the world.