Anne and Graeme’s secret life of food and books

Anne Buist and Graeme Simsion are the wife-and-husband writing team behind the charming romantic comedy Two Steps Forward; and are the first authors to be featured on Word of Mouth TV.

Anne Buist is the chair of Women’s Health at the University of Melbourne, and has more than 25 years in clinical research in perinatal psychiatry. She is also the author of three psychological crime thrillers novels featuring forensic psychiatrist Natalie King: Medea’s Curse, Dangerous To Know, and This I Would Kill.

Graeme Simsion is a Melbourne-based novelist and screenwriter, and author of the runaway bestseller The Rosie Project, which has sold more than 3 million copies worldwide. He has also written The Rosie Effect, and The Best of Adam Sharp.

Two Steps Forward is the first book they have written together, but they are contemplating a sequel.

Tell us a little about your book. What inspired you to write it? What was your most joyous moment and your most difficult challenge? 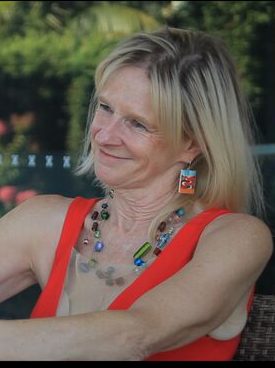 Two Steps Forward was a result of our first Camino in 2011, a 2,038km trek from Cluny in Burgundy to Santiago de Compostela in north west Spain via lesser know routes. We did it again (1,900km) in 2016 including the better-known Camino Frances. It was a life changing walk, and writing it together was like revisiting our favourite pictures and holiday videos—only we got to make things up! We loved every minute of it — so much so we walked the second time to get the details right. The challenge was leaving out fun stuff that didn’t progress the story!

Are you working on anything new? Tell us about it.

Anne: Halfway through a first draft of Everything to Lose (name may change), a stand-alone rural thriller, this one with a young psychologist who rises above her guilt and stands up to her husband and the community to save her child. 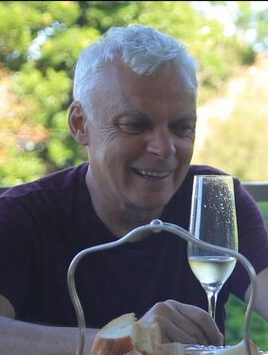 Graeme: Halfway through the third in the Rosie series, working title The Hudson Project about Don and Rosie’s challenges in raising their son.

Does food and cooking feature much in your book?

Graeme: Two Steps Forward is part travel book, set in France and Spain with all its wonderful food and wine!

There’s the green liqueur Martin drinks alone; the vegetarian chilli; the constant cheese as Zoe tries to become a Vegan (in France, you would die!); the foie gras she eats by mistake…the list goes on!

Do you love cooking? What are your favourite family recipes?

Anne: Yes, though Graeme does most of the main courses. I tend to do soups, salads and our daughter dessert (sadly she has now moved out, though better for our waist lines). My mother’s pavlova is to die for and have never been able to do it like she does—but our daughter can!

Tell us a story about yourself that revolves around food. For example, what was your favourite food as a child? What’s been your biggest cooking disaster/triumph? Who taught you to cook?

Anne: Mum and her mother taught me to cook. As a child I was a very picky eater—it wasn’t until my twenties that food and wine began to feature. I cooked my first serious boyfriend a stuffed steak, but when I began to slice it, it wasn’t cooked and the stuffing started to spew out. I grabbed a fork and used it to hold it together and put it back in the oven. Unfortunately, the fork had a plastic handle…

What is your favourite cookbook? Why? 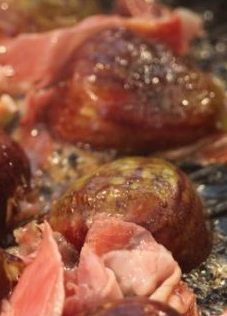 Anne: Patricia Wells, Bistro Cooking. There was only this and an Indian cookbook in the house we rented for six months in France — and we couldn’t get any spices in rural France, so French cooking it was. They are great. Easy, tasty recipes and they always take us back to that wonderful six months.

Anne: Escargot (Pain au Raisin) – I lived on these for breakfast walking in Winter in France, hot, melting, straight from the oven!
Graeme: Salted caramel chocolate

Anne:
Tuna Sashimi
Linguine with clams and chilli
A green salad with dollops of seeds and nuts
Steamed chocolate pudding with honeycomb icecream and salted caramel sauce
And a mini Darrell Lea Christmas nougat pudding with a cup of hot chocolate
Accompanied by a glass of Rose Drapier Grande Sendree champagne and glass of Bordeaux 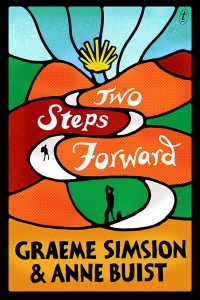 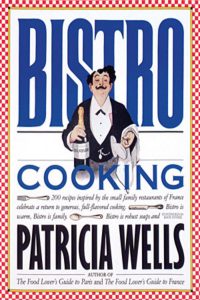 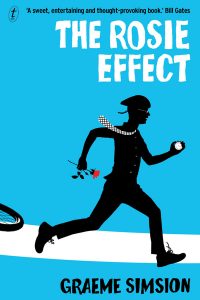 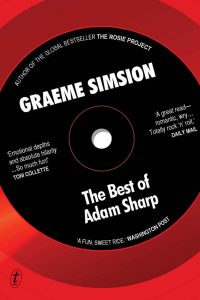